Turn your smartphone in portrait mode
to consult our site correctly, thank you!

Is nicotine dangerous for heath?

Nicotine in vaping: friend or foe?

Like caffeine, in the pure state, nicotine is effectively lethal. This is case for many other molecules that we consume on a daily basis. However, in order to know if nicotine consumption is harmful, the amount of the molecule inducing a risk for consumers has to be determined. 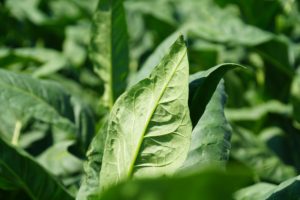 Strangely, few recent studies attempt to determine the median lethal dose (called LD50) of nicotine, an indicator of the toxicity of compounds and defined as being the dose killing half a given animal population. Thus, the LD50 values, mentioned by public health organisations for nicotine, are taken from quite old studies, using obscure methods and most often extrapolating the values obtained on rats or mice to humans.

Moreover, organisations such as ANSES (Agence Nationale de Sécurité Sanitaire de l’Alimentation, de l’Environnement et du Travail) chooses, as “principle of precaution”, the lowest LD50 found in the literature. Thus, in a report of 2015 (1) from ANSES, the organisation chooses to select an LD50 by oral route for humans of 3.34 mg/kg corresponding to 234 mg of nicotine for a person weighing 70 kg. This value, taken from a study produced in Russia in 1969 (2), was obtained on mice with methods not in compliance with the current standard for determining LD50. The agency also indicates that the first undesirable effects appear after the consumption of 21 mg for a person weighing h 70 kg (0.3 mg/kg). 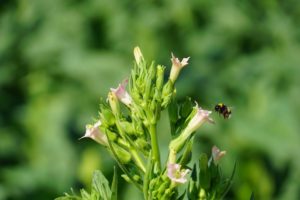 A study (3) of 2014 produced by Mayer et al. in particular shows, through different cases of high exposure to humans, values much higher than those proposed by ANSES. Mayer reports exposures at 1.5 g of nicotine without the person’s death. He estimates that the LD50 of nicotine for a human is around 1g by oral route (14.28 mg/kg). While cited in the ANSES report, this study was set aside for methodological reasons…

Why is the public position on the harmfulness of nicotine so negative while that of caffeine, which has an LD50 10 times higher than nicotine, is much more positive?

The first reason relates to the traditional consumption method of nicotine. Indeed, like caffeine which is more often ingested, nicotine is consumed by the inhalation of smoke coming from the combustion of tobacco. This consumption method is highly toxic because of the harmfulness of the molecules produced by the combustion of the plant and is, unconsciously or consciously, extrapolated as object of negative consumption.

The second reason is the addictive potential of the molecule linked to the administration method. The fact of inhaling smoke containing nicotine causes a fast shoot of nicotine at the level of the brain. It is this nicotinic hit which is mostly responsible for the smoker’s dependency.

To conclude, public opinion, the public health organisations and the regulators too often confuse the problem of smoking dependency with nicotinic dependency. By stigmatising nicotine as the core issue of smoking, we are preventing smokers from getting away from tobacco. Vaping provides the possibility of consuming nicotine in a way that is much less harmful than smoking tobacco.

In the same way that drinking coffee administers caffeine, why is nicotine consumption an issue if it doesn’t kill anymore?

3- Mayer, B. (2014). How much nicotine kills a human? Tracing back the generally accepted lethal dose to dubious self-experiments in the nineteenth century. Archives of toxicology, 88(1), 5-7.